7 Best Things to do During Whistlers Ski and Pride Week 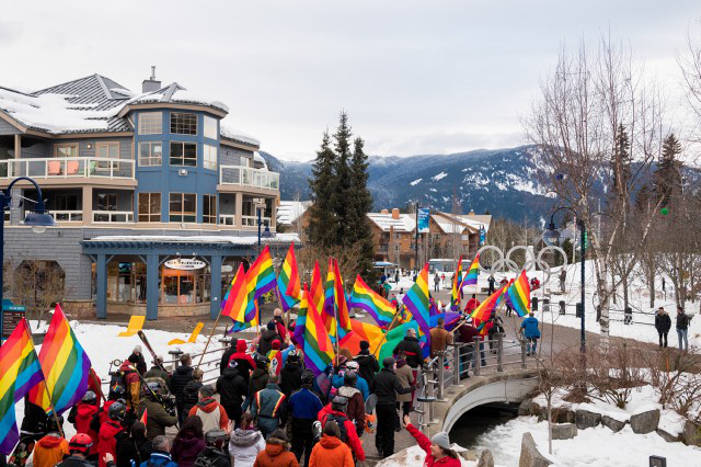 The 27th annual ski and pride festival will be returning to Whistler from January 20th to 27th!

With Whistler Blackcomb having an annual average snowfall of 11.6 metres per year, the mountain is more than ready to welcome the thousands of party goers that will make their walk into the village stroll. Having started in 1992 as a small gathering of queer skiers, the Ski and Pride festival has grown to be one of the largest gay and lesbian focused ski weeks in the world, and is the biggest of it’s kind in Canada. Hosted by a team of ski and snowboard guides and festival staff, the week is full of entertainment, free festival après ski and nightly dance events! Here are some of the best activities to check out while the WinterPride festival is on: 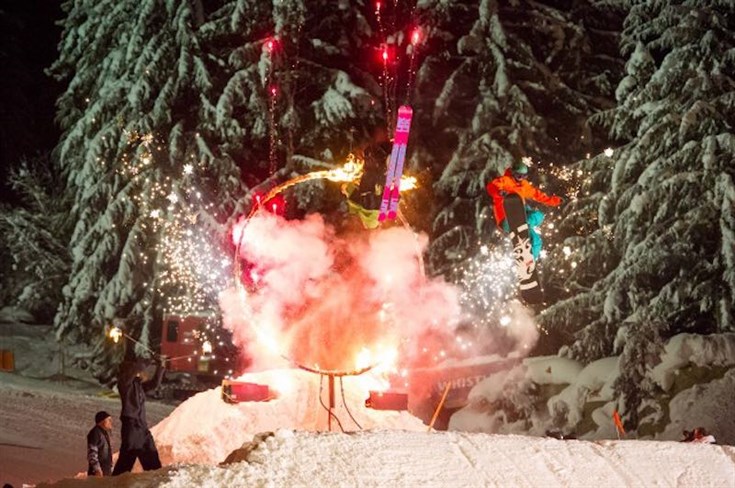 Having been a staple in Whistler for years every winter, the Ski and Pride week happens to kick off on one of the free, all-ages night of entertainment. Bundle up, bring a hot toddy and watch as Whistler’s top skiers and snowboarders hit a jump and flip and spin through a flaming hoop. Practice rounds begin at 6:30, the main show starts at 7:00 so get there early to secure a good viewing spot!

Experience the traditional Scandinavian baths at this world class spa. With cocktails supplied in the pavilion and the water awaiting you, this is sure to be an intoxicatingly peaceful event! With celebrity air-hostess Pam Ann as your flight attendant and your pilot, this comedy event is sure to be a wild ride! Having years of sold out shows across the globe under her belt, this experienced air-hostess will entertain you with her glamorous camp and sharp comedy. Get tickets to this event before the flight is booked!

If comedy isn’t your scene check out the Pool Party! Sponsored by Whistler Brewing Company and Hey Y’All Hard ice Tea, get ready to get wet at this pride event. DJ Rafael Calvente will be spinning tracks while you splash in the water. So bring your swimsuit and towel and get ready to float!

Dress up in your best rainbow outfit and zip down the slopes with pride surrounded by a sea of colours! Rainbow flags are carried by riders and skiers alike as the group descends to the village and skiers’ plaza. The giant pride flag is then transferred from skiers to marchers as the parade continues through the village stroll to the Olympic Rings at Olympic Plaza to pay tribute to the Pride House constructed for the 2010 Winter Olympics. Once the parade is over, join the crowd for continued celebrations inside the Whistler Conference Centre for apres ski and dancing!

Get cozy inside the CABN for two exciting nights of raunchy songs, stories and jokes! With comedic drag icons in town to make the crowd roar with laughter, these two nights are sure to be a riot. Enjoy Jackie Beat’s top notch comedy act with her hilarious musical parodies on Friday night. Then, head back into the CABN to see the Lady Bunny in all her beauty entertain with her foul-mouthed humour, crazy joke routines and x-rated entertainment! 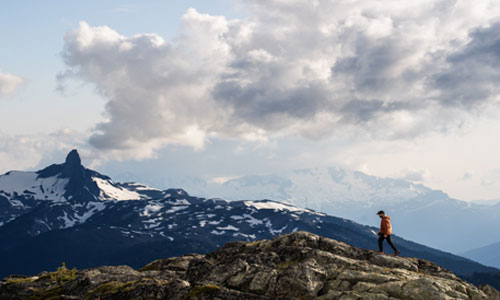 Summer is a wonderful time to visit Whistler. Our lodging deals give you the flexibility and freedom to plan your perfect getaway with family and friends. » 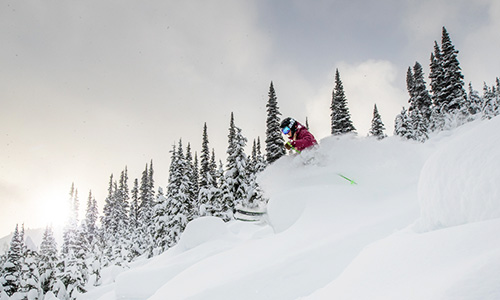 It's not too early to start dreaming of next winter's trip to Whistler Blackcomb! Book early and get first pick on preferred lodging options and the best rates available. » 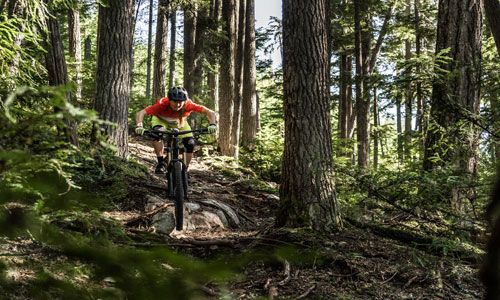 Are you a BC resident? Get a minimum of 10% off rates for Whistler vacations from Lodging Ovations! The longer you stay, the bigger the savings. »